In a festive prayer, the Municipality of Aradippou will celebrate the national anniversaries of March 25, 1821 and April 1, 1955. Mrs. Clelia Vassiliou, Deputy Government Spokesman, will give a speech on March 25th. Speaker for the April 1st celebrations will be Mr. Stavros Michael, General Manager of the Ministry of Transport, Communications and Works. After the celebration of the two celebrations, a parade from the Aradippou schools and organizing ensembles will take place, a memorial ceremony at the Heroes Monument and the deposition of wreaths by the organized ensembles and the various bodies. 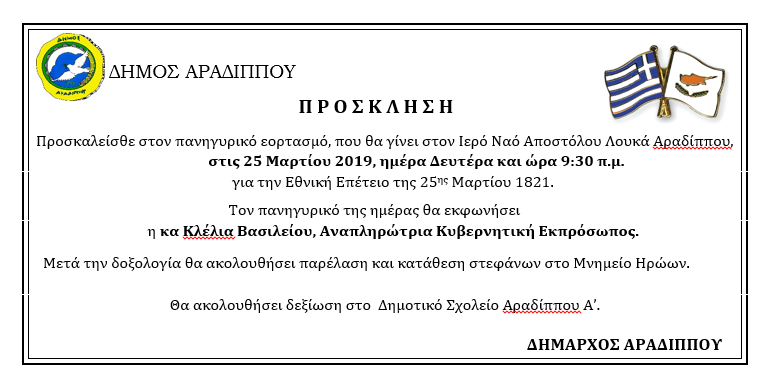 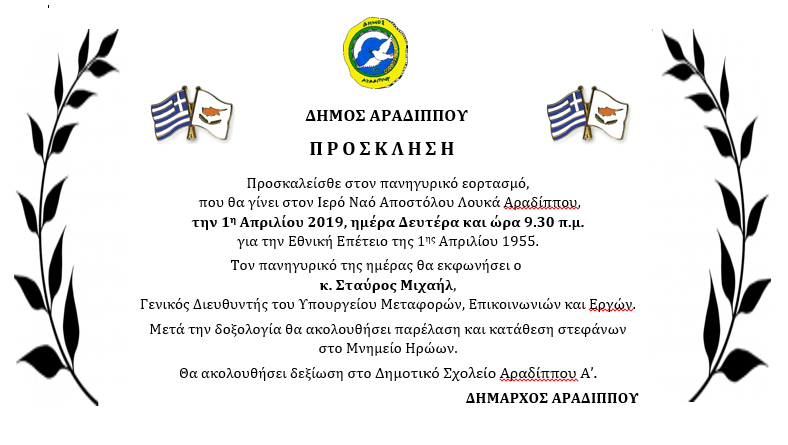