SQUARE NAME OF PANTELI PANTELOURI IN THE MUNICIPALITY OF ARADIPPOU

On Tuesday, November 3, the Municipality of Aradippou successfully held a naming ceremony in honor of Pantelis Pantelouris, who was the president of the Aradippou community for 45 years (1960-2005). The event included a trishagio, presentation of the biography of the community leader and greetings from his daughter, the Mayor of Aradippou and the Metropolitan of Kiti Mr. Nectary. This was followed by the unveiling of the column and the awarding of honorary memorabilia to the family. With the naming of the square, the city of Aradippou paid the appropriate tribute to the late community leader who spent his whole life for the progress and prosperity of Aradippou. 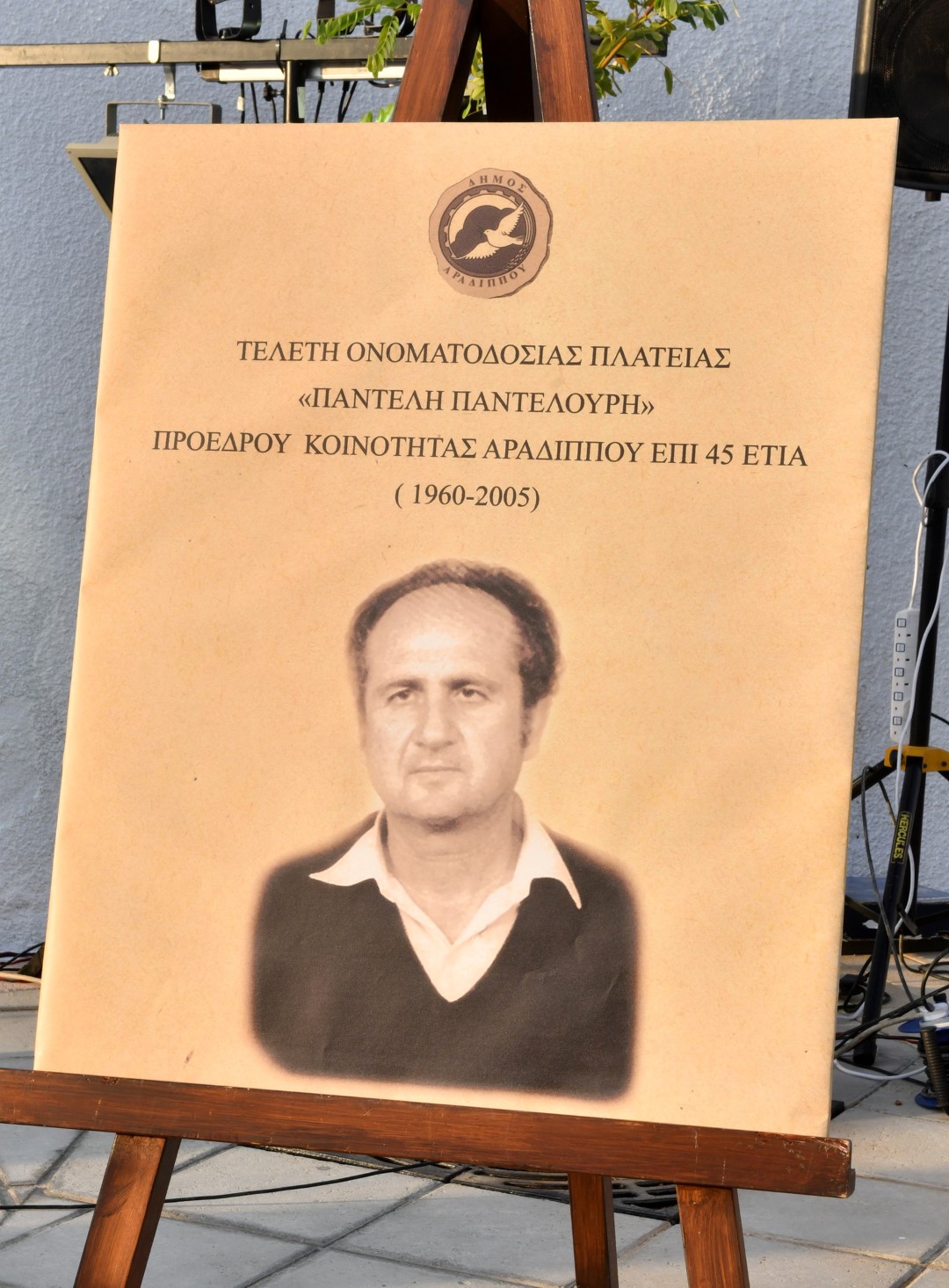 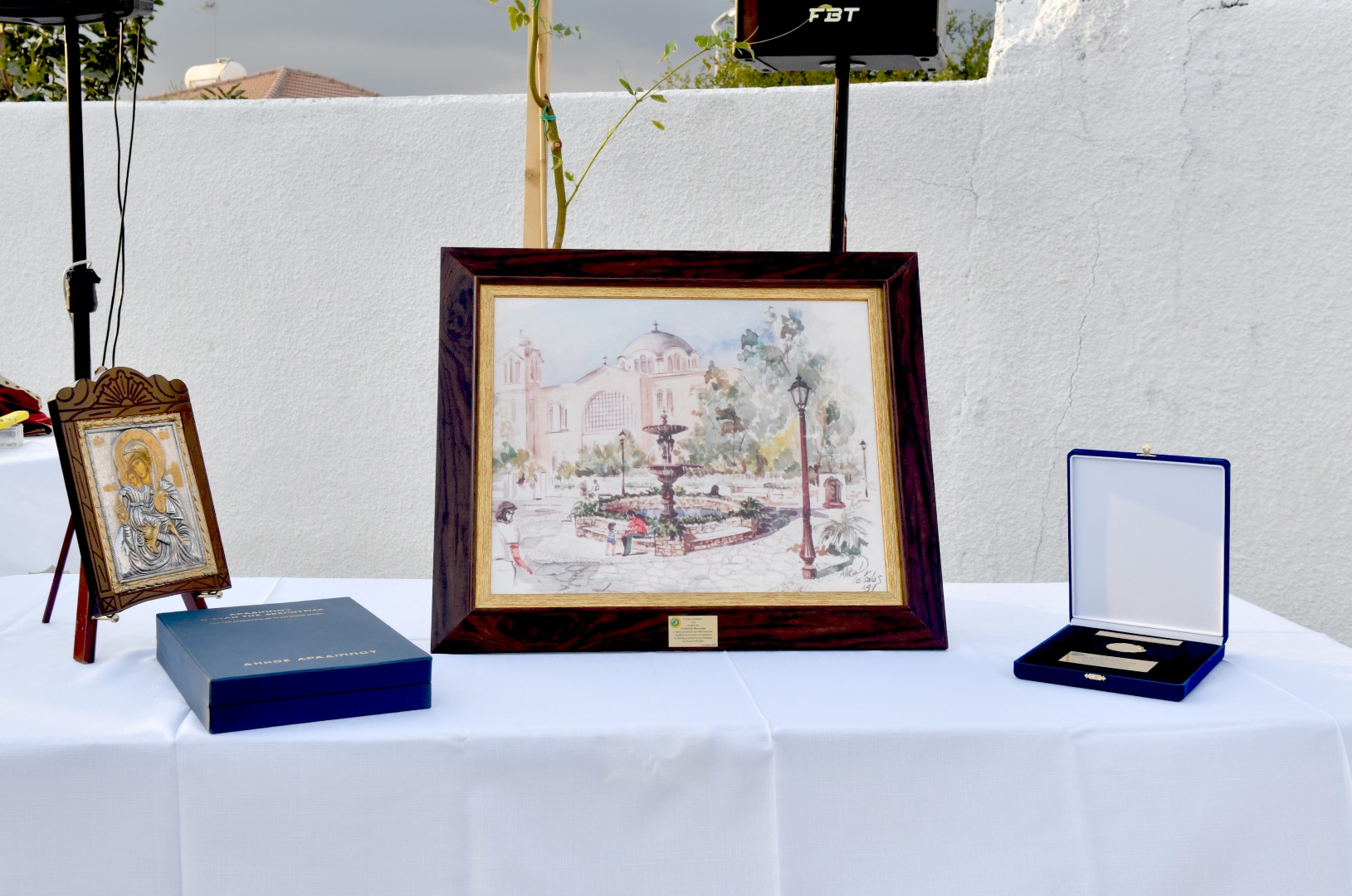 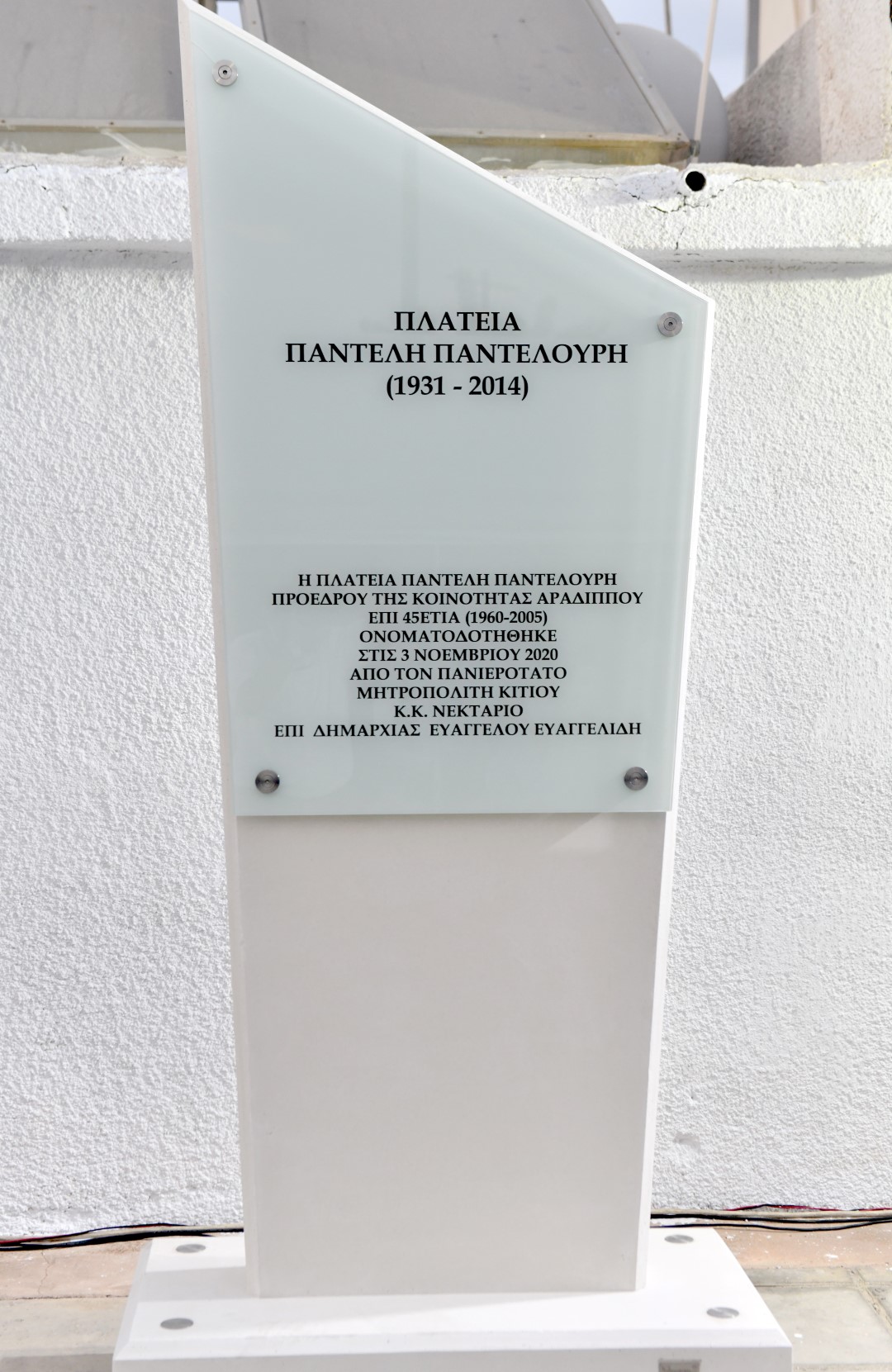 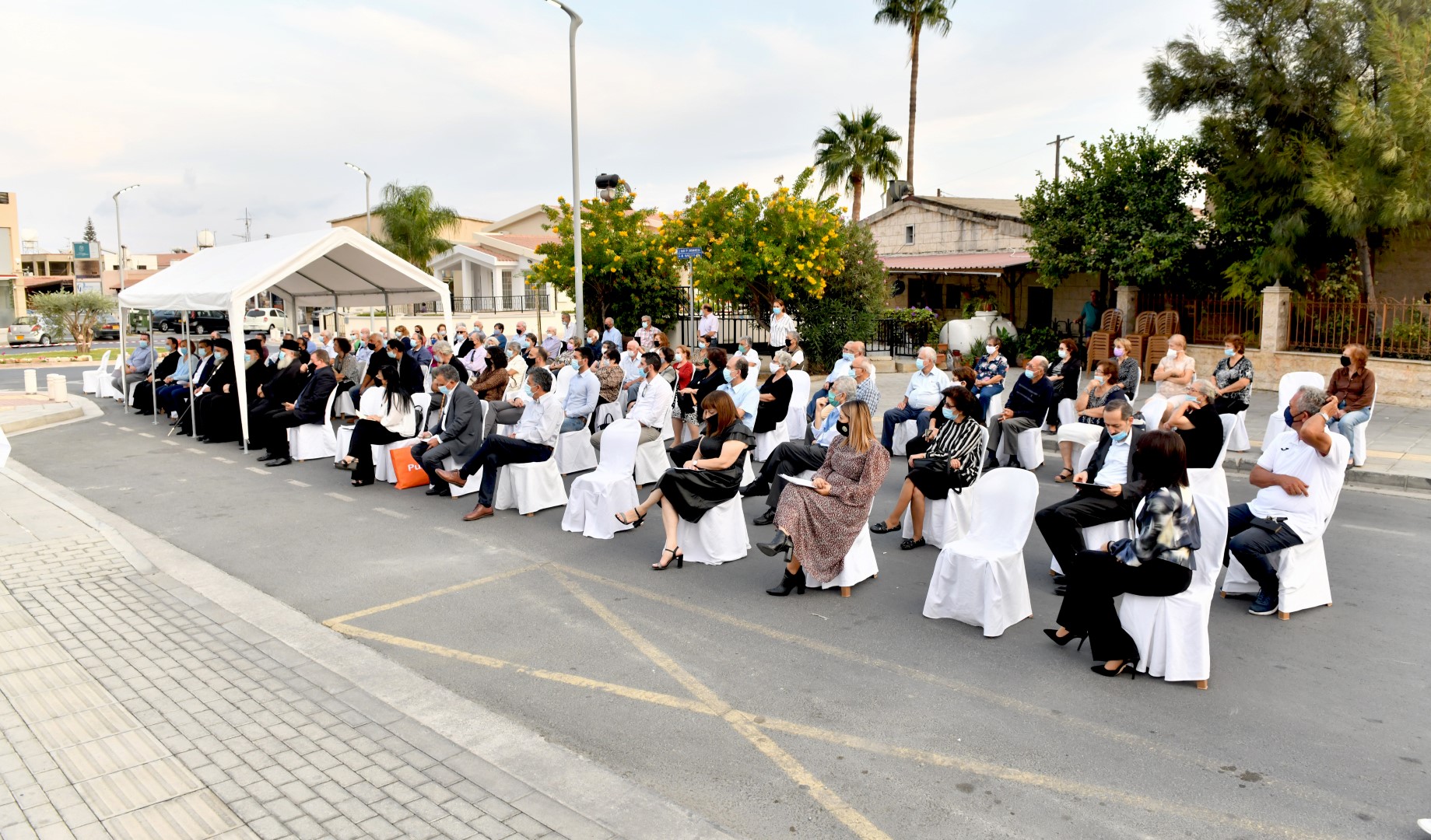