Following the recent signing of a cooperation protocol between the Cyprus University of Technology and the Municipality of Aradippou, a series of actions has been launched with the aim of cultivating relations between the two parties and promoting a multilevel cooperation. In this light and in the context of digitization of the history of the Archive and the memory of Aradippou, the Municipality of Aradippou announces a scholarship for a doctoral dissertation in the field of Digital Cultural Heritage in collaboration with the respective UNESCO Headquarters in the specific field in the field of Technology . The duration of the scholarship will be for three (3 years) and will start in October 2021, or no later than 1/1/2022.

The main object of the scholarship is the digitization, documentation, archiving, protection and scientific promotion of the History and Memory of Aradippou. With the implementation of this action, the Municipality of Aradippou and the Cyprus University of Technology clearly define their common goals and are committed to the further expansion of scientific, educational and other cooperation between them. At the same time, the digitization of the historical archive is for the Municipality of Aradippou a powerful and decisive step for the preservation and promotion of its historical identity, but also for its promotion as an institutional guarantor of a multicultural society 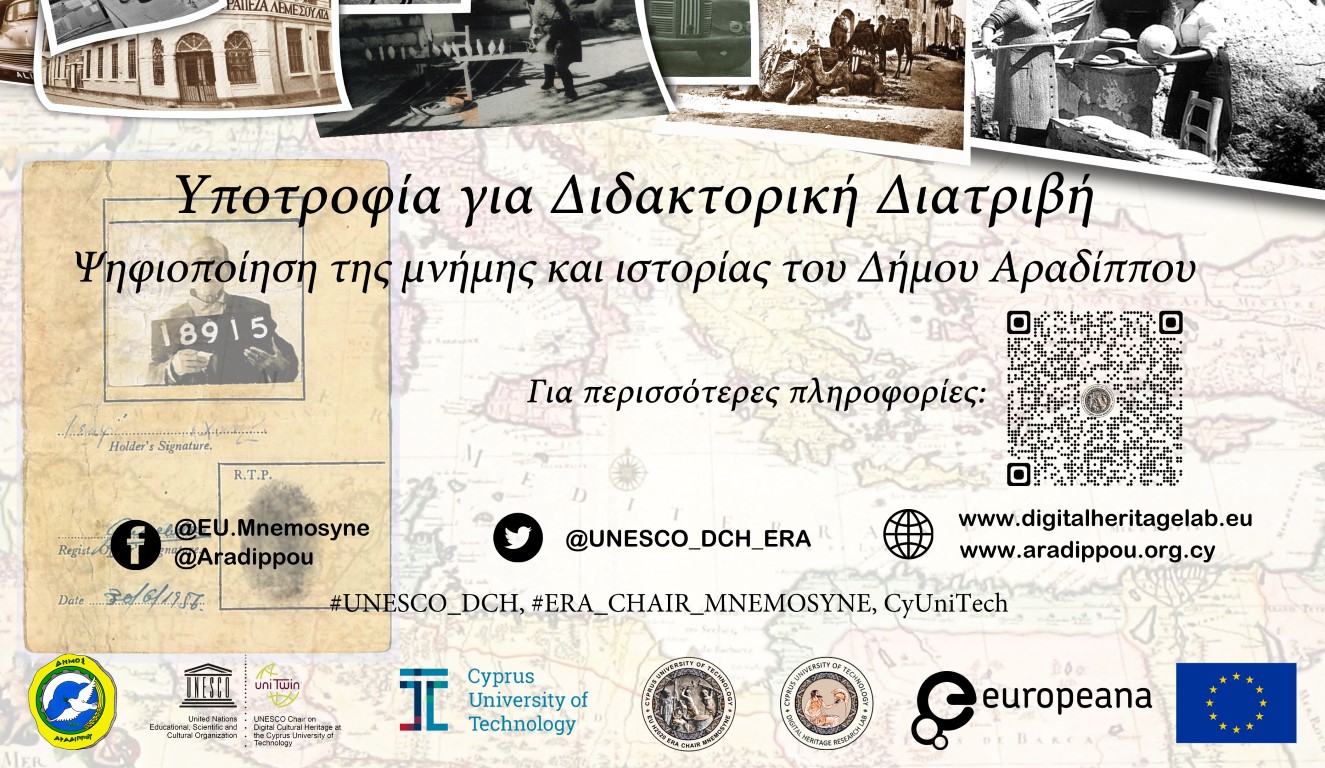