In the context of community service to its residents, the Aradippou Municipality organized the standard excursion for pensioners, which was organized by the Welfare Committee of the Municipality.

The trip took place on the weekend of 17 & 18 November and was attended by around 210 people. The excursionists on Saturday had the opportunity to pray at the Monastery of Panagia Sfalangiotissas and stayed the night in a hotel in Paphos. The dinner was followed by a cultural program where everyone had the opportunity to dance and have fun.

Sunday's program included a church service trip to the monastery of Ayios Neophytos and the Church of Saints Anargiri. Followed by a walk to Paphos harbor and lunch at the hotel. The excursionists departed to return in the afternoon with the best impressions and experiences.

Residents escorted the Mayor Aradippou Evangelos Evaggelidis, Members of the Municipal Council and officers of the Aradippou Municipality

Commitment of the Aradippou Municipality is to continue to offer and support to the people of the third age. 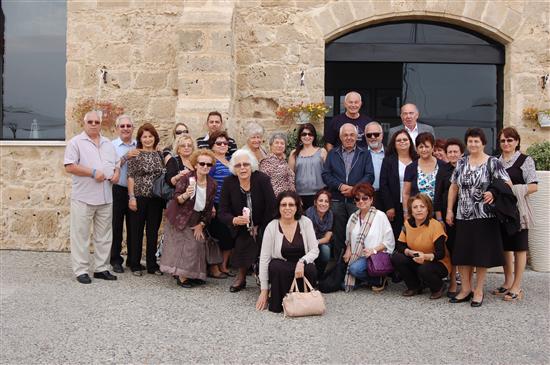